You Are Here: Brownian Motion 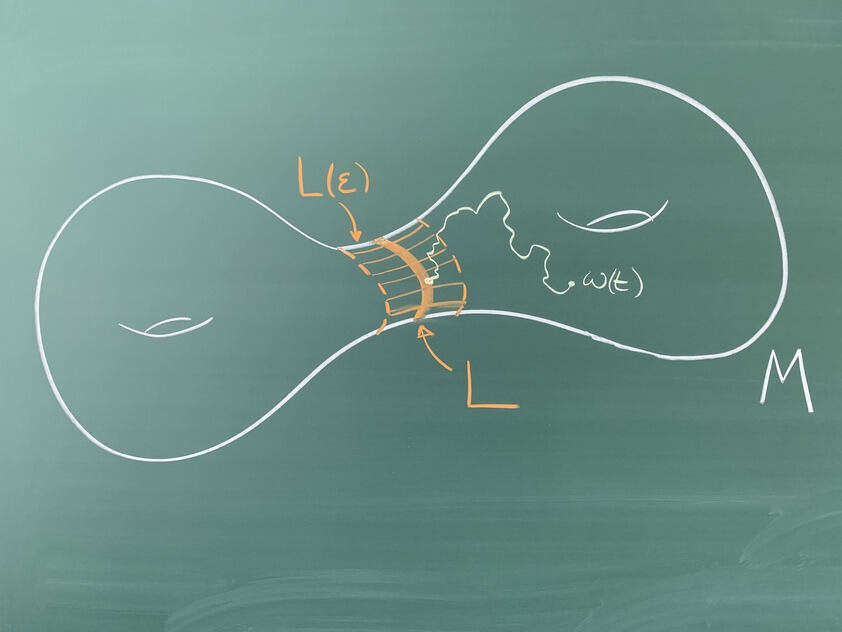 If we normalize the Lebesgue measure on tubular neighborhoods around a compact Riemannian submanifold of euclidean space and let the tube radius go to zero, the measures on the respective tubes converge weakly to the normalized Riemannian volume measure on the submanifold. More general, an analogous construction using sublevel sets of suitable smooth functions instead of tubes yields a so-called microcanonical ensemble.

While this is well-established, similar problems in an infinite-dimensional setting are surprisingly difficult to tackle. Some basic problems of infinite dimensional analysis such as the non-existence of translation-invariant measures, the absence of a generally accepted fundamental theorem of calculus/Stokes theorem and the possibility that infinite product measures may be mutually singular even if the individual factors are equivalent (Kakutani dichotomy) provide a serious obstruction to adopt arguments from the finite dimensional case.

Therefore, I have investigated for quite some time the following question which can be seen as an analogue of the first construction described above to infinite dimensions: If we condition Brownian motion on a Riemannian manifold M to stay within the \(\epsilon\)- tube \(L(\epsilon)\) around a closed submanifold \(L\subset M\) up to some fixed time \(T > 0\), and we consider the behavior of this family of conditional measures as \(\epsilon\) tends to zero -- will the measures converge weakly, and, if this is the case, what will be the limit measure ? We try to give a preliminary answer to these questions in the recent preprints arXiv:1908.01385 (joint work with Vera Nobis) and arXiv:1908.01387.